Some of the links on this blog (contextual and banner) are affiliate links, meaning if you click on a product/service from this site and make a purchase, I may get a commission from that purchase. Thanks for keeping A Novel Quest running!
April 29, 2014
This Post Discusses At Least 8 Things 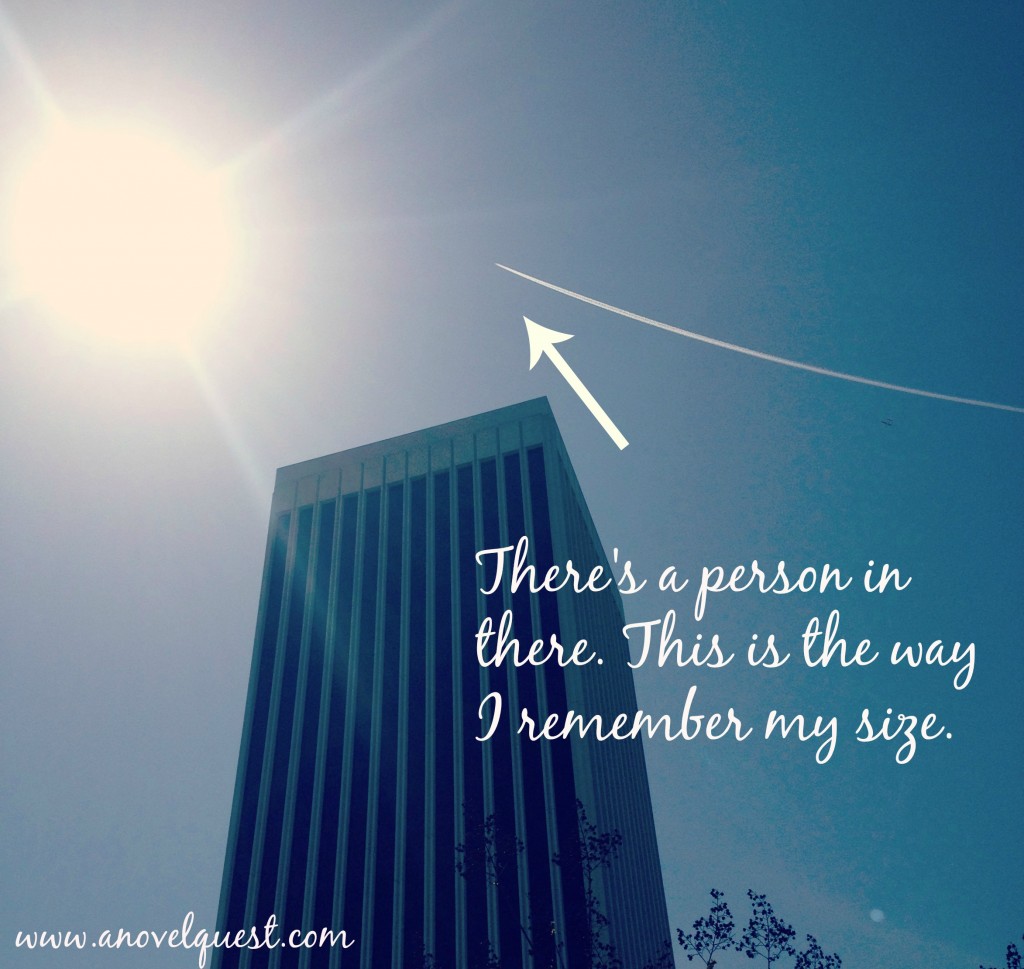 This blog photo made lovingly with PicMonkey

It’s hot in Southern California tonight. I don’t 100% mean because it’s been in the 90s this week, I mean because the Kings are at Game 7 in the playoffs, and I’ve been reading a lot about the sun.

Do you guys watch that Cosmos show on Fox? It comes on Sunday nights at 9pm, and I am hooked. I am already quietly obsessed with the universe, but that show encompasses exactly how I feel on a day to day basis.

There was a part in the show where the host was talking about how one day, billions of years from now, our sun (a star) would die and become a white dwarf. You hear about this kind of stuff all the time on science channels and such, but on this show, the host also adds this:

“The kernel of light at the center, will be the only part of the sun that endures. A white dwarf star. It’ll go on shining for another hundred billion years. Will the beings of the distant future, sailing passed this wreck of a star, have any idea, of the life and worlds that it once warmed?”

Does that not just rip at your heart strings? This show couples science with beauty. It makes you feel things. I instantly started tearing up at the thought of the death of our sun. It’s the most beautiful sadness. I think about that kind of stuff all the time, too. About how all of this will one day be gone, either by the sun or by some random meteor that decides to turn us into planetary dust.

Anyway, it’s nice to have found a show that tugs at your heart strings, and feels the same way you do about things.

So the universe, plus the Kings games I’ve been devouring by the eyeful, are two things I’ve been wrapped up in lately. I wish I could say I have been focused on my projects, but I haven’t really had the time or the energy. Although, my website to help people who feel lost in life is just about finished, so I’m super happy about that. I’d say another week or so at most before I feel comfortable unveiling it to at least you guys. I’m doing some online reading and schooling myself on how online product launches work, for when I’m ready to actually launch this website to the world, and start trying to make it grow.

I also filmed my next episode of On The Plus Side last Sunday! It’s slated to ‘air’ next Tuesday, 5/6, so I’ll keep you posted. It was just about as hard to do as the first one, with regard to my nerves, but we got it done quicker.  It only took about an hour and a half to get through, and we only had to do the opening take like 3 times versus 50.

Last high note of the week is the big move-in with the boyfriend coming up this Saturday. It’s finally happening, and while I cannot wait to get settled in, the moving thing in general feels too soon. If you can recall, I blogged pretty heavily about the frustrated nights I spent in a disorganized heap of boxes last year, feeling like my life was absolutely unraveled and tossed out into a dirty, busy street, left for dead.

You don’t feel quite right when your things aren’t quite right. Packing up boxes again this week has left me with a bit of an uneasy feeling in my stomach, like everything is going to be messy for awhile, and I truly hate when things are messy. At least in the sense where absolutely nothing is where it should be. I do live in sort of a mess from time to time in my apartment, but when everything is uprooted, transported, and shoved in the middle of a living room until you can figure out what to do with it…it’s a whole different kind of mess, and it makes me itch.

Especially all of that other important shit you gotta take care of, like changing your address with the DMV and post office, getting your internet/cable set up, and canceling everything you had before. I’m not sure what’s gonna happen this time next year, but I sure as hell don’t want to move again for awhile.

At any rate, all of that is happening this weekend, so I may not be blogging till next week when the dust settles. I have a really cool tutorial post planned about Pic Monkey, a photo editing site that I have found to be absolutely perfect with regard to allowing me to edit photos for my blog posts. It’s so easy! And so cheap, like $3 a month or something. And so freakin’ necessary, I’ve found. So I thought I’d share that for all of the bloggers out there. I might do a little series on it, cause there’s so much cool stuff you can do with it, I doubt I can fit it all into one post.

I just get excited about cool stuff and want to spread the cool to other people who are on paths to awesome coolness. Cause we all are, aren’t we? We’re all out to be the best version of ourselves that we can be, and I want nothing more than to evoke that feeling from you guys every damn day.

Just think about the star dust that we were made from. STAR DUST. The fack!? That’s too pretty to be negative about, and we, my friends, are too pretty to mope.