Some of the links on this blog (contextual and banner) are affiliate links, meaning if you click on a product/service from this site and make a purchase, I may get a commission from that purchase. Thanks for keeping A Novel Quest running!
September 24, 2014
That Moment You Realize You’re a ‘Dark Writer’ 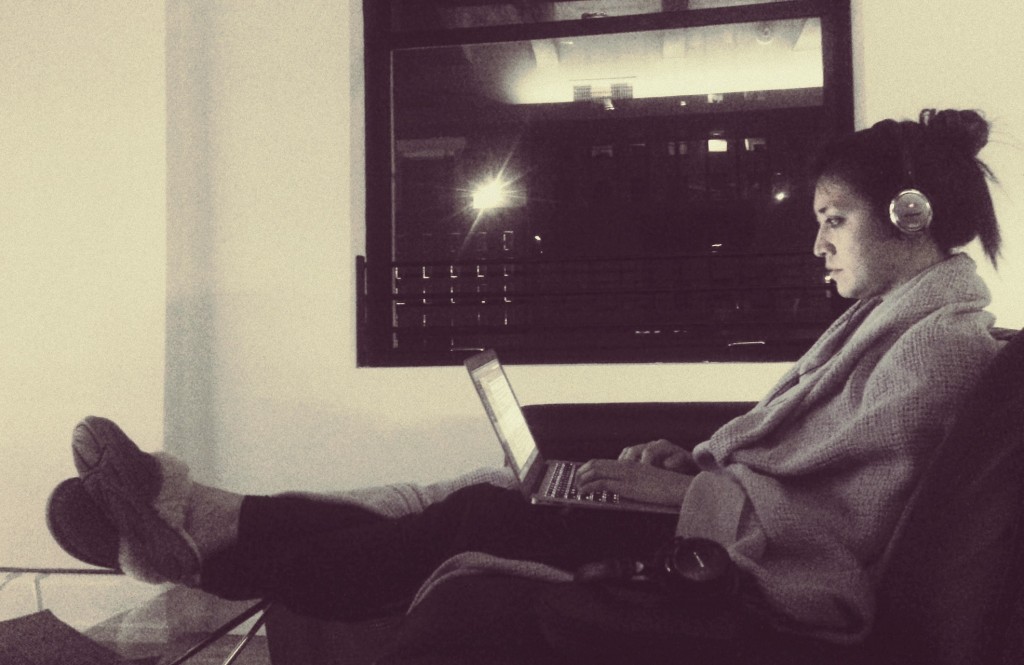 When I was about five or six, I saw the movie The Exorcist. I want to say this is where my ‘dark’ began, and where this ‘dark writer’ must have come from. Don’t misunderstand me, I am disgustingly positive and filled with light to a goddamn T. However.

When I write, the only way I know how is to dig deep into the well of things that hurt and pull from there. I’ve written about this in the past in my post about only writing when I’m sad, and there’s too much truth to ignore there. It is the way I let go, and the way I tango.

I guess there’s no shame in it. I’m working on a poetry book, and the only time I work on it is when my memory is jogged by a song or movie that reminds me of a time when I was hurting. Reviewing all of the poems I’ve written so far, you’d think I was the most hipster, dark-eyed, mysteriously depressed person on the planet. Maybe.

I’d like to think I’m different when it comes to dark writing, in that there’s always a healing message at the end. Kind of a sad, healing message. It’s almost like I have to plow through the drearier parts of my life, which make up the meat of the poem, in order to get to that ending line, where you have that crystal clear understanding of what exactly you’re attempting to heal from, and when you reach it, it’s like a giant spoonful of exhale.

That’s how I get through sad things. Fumbling with them until they’re long and loose, like untangling jewelry, and that ‘finally’ feeling you get when everything unravels at once.

There are two powerfully sad things that happened to me in 2011: I lost my dad, and I got my heart very seriously broken. These two things will probably always be at the core of all of my writing. And perhaps I will never fully get over them.

Heartbreak is kind of a funny thing. You can be totally moved on and happy in your life years later, but a song comes on and you think about that one person that ripped you apart emotionally and wooooo weee here we are in pain all over again for five full minutes. That ever happen to you?

That’s when the notebook comes out and there’s no stopping the pen.

But I freakin’ love it in a strange way. I love to reflect on pain, because it’s a reminder of the spectrum of human feelings, and feelings are such ecstasy.

I’ve been thinking a lot about my writing lately, now that I’ve finished a book of poems by Tyler Knott Gregson. You may know him as the Instagram poet, but I first started seeing his poems on Tumblr. He’s an Abercrombie and Fitch-looking model of a human who writes love poems and posts them on the internet, (every twenty something’s wet dream if you ask me). However, his writing is beautiful, and it got me thinking a lot about my own. I got the chance to review his latest book of poems Chasers of the Light, and I’ll even be interviewing him here on the blog in the next couple of weeks.

It just makes me feel like, if he can write what’s in his heart and publish it then so can I. I have so much random poetry from 2011 to now, it really is just a matter of putting it together and polishing it up. Isn’t it always just a matter of putting things together and polishing them up? Of taking the first step? There’s a shit ton of talking about stuff you want to do, then there’s actually doing it. And like a baseball player who feels stronger and more confident after his team scores a homerun and maybe a double, I know that things will seem a lot more confident and happenin’ around here once I take the first step and accomplish something.

There’s dreaming, and then there’s doing, as was illustrated to me in a lovely Zen Pencils comic just this afternoon. If you’ve been dreaming more than doing lately, it’s a good one to check out. It motivated me to do more than those other quotes that tell you not to quit your daydream. Although that’s a pretty powerful one too.

Do dream, but also do.