Some of the links on this blog (contextual and banner) are affiliate links, meaning if you click on a product/service from this site and make a purchase, I may get a commission from that purchase. Thanks for keeping A Novel Quest running!
November 16, 2013
Only You Know When It’s Time To Move On 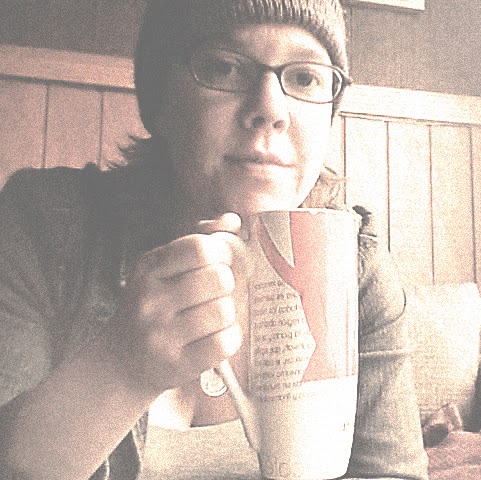 For me, one of the things I had to unlearn after I started my writing journey was this: the only way to succeed is to never stop writing. Always move on after something doesn’t work out.

On the surface, it sounded like great advice. Don’t give up is the meaning behind it. But over the years I’ve come to realize that this isn’t the only way to succeed. It’s true that for some people just keeping their engine going for project after project has worked for them. But I started to wonder, how many successful authors wrote dozens of books before hitting it big? And how many wrote a few or even just one and hit it big? When I think of people who hit it big right away a lot of names come to mind. One of them being Katherine Stockett, who wrote The Help. The Help was her first novel and she spent five years writing it. I didn’t really care for The Help, it wasn’t my cup of tea. But I did get a huge lesson out of her story. I learned that believing in your book no matter what counts for as much, maybe even more, than writing endlessly.

I’ve even started to think this “just move on and write more” mantra was hurtful for me. It made me feel that when something didn’t work out it either wasn’t good enough or wasn’t meant to be. What I feel now is more important is to never, ever stop believing your work is good enough. No matter what. Don’t let anyone ever tell you when it’s time to move on. If you believe in something then keep on believing because it’s yours to cheer for. You created it and only you get to decide when you want to be quiet about it.

I now prefer to put the energy I used to put into generating tons of new material into other things. One is to just take care of myself, because if you burn out you aren’t going to be creating anything for a long time. Burn out is going to stall out your engine until you get the rest and peace that you need. I also put that energy into looking for fresh ways to promote what I do have, and also just into quiet time. I sit quiet and let new stories come to me. I don’t start writing in a panicked frenzy because I’m afraid if I’m not physically writing I’m not a writer.

Which brings me to the other reason this mantra hurt me: I couldn’t do it. And it made me feel I wasn’t cut out to be a writer. And that’s when I started asking myself if all successful writers are writing machines, and the answer was no. Some are Stephen Kings and create more material than I’ll ever have time to read. Some are Harper Lee’s and write one thing that was killing them not to write, and that’s enough for them. I then breathed a huge sigh of relief. I started to sing Kenny Roger’s song “The Gambler” as the theme to my writer’s journey. I find that the chorus says exactly what it feels like when I’m working on a project:

I find this pertinent because with each project you really do need to know when to hold on, when to quit in the moment but not for good, and when to just walk away completely. This is the thing that no one ever really told me: that each time you write, when to stop and when to go on is going to be different. I just always see people repeating the same thing, “When you’ve finished a project move on. Start writing the next one.” It seems people have taken this black and white approach up as the only way. It’s far from the only way though, and sometimes you need a break instead of an outright new game plan.

It can be hard to know if you’re pushing on when you really need a break. Sometimes it’s hard to know if you’re taking a break when you should really walk away. I think this might be why people just toss something aside and move on so quickly. They don’t take a moment to reflect out of the fear that if you stop for a moment you’re done forever. Here’s the thing though: the more you just toss aside and rush on the more you’re losing faith in yourself. For each book you quickly deem not good enough or not right you’re risking subconsciously saying, “I don’t believe in it, and therefore me. I made the wrong choice in writing it, and I have to do better.” And the more you do so the more you’re losing your belief in your ability to know what to write, how to write it, and that you can succeed after you write it. What you need instead is to always tell yourself, “I’m putting this down for now, not forever, but for now. I believe in it, it’s good enough, and so am I. But right now what I need is a moment to breathe and get clarity.”

I’m not saying all of this to tell you to halt your process and just sit around. As I mentioned earlier it works for people, besides Stephen King you’ve got John Grisham, Isaac Asimov, Nora Roberts and Agatha Christie (who turned out an astounding 723 books!!!). I’m only trying to reassure people who don’t fit this style that it doesn’t mean they’re not fit to reach their goals.

These days when a story doesn’t sell right away I ask myself, “is it worth coming back to?” and if the answer is yes, I hold on. I wait until I have the energy for it again and go back in, seeing if it needs revising or just a new approach to my pitch.

What I wish I’d known when I started out was the advice to toss something aside and start anew was not going to motivate me. For me, that’s exhausting. I work with intense concentration on one project and I hold onto it because I know it’s up to me to keep it alive. It’s for me and only me to know when it’s time to walk away. And sometimes even after I’ve run away something happens, some spark goes off, and I go running back at full speed.

So whatever people are telling you about how the only way to make it is to just keep writing, keep churning out new, don’t worry about it. You have your own methods and your own speed to get where you want. You don’t want to give up on your version of “Harry Potter” because you felt the only way to succeed was to constantly create something new. And if you really feel unsure, turn on your speakers, play Kenny Roger’s “The Gambler” and enjoy the song. It’s got a happy beat and it might just get you tappin’ your toe and feeling good again. After all, each piece we write is a gamble, so you might as well have a nice theme song for your adventures. Here’s one final piece from The Gambler:

Written for A Novel Quest by Melissa Field, creator of Crossing Oceans